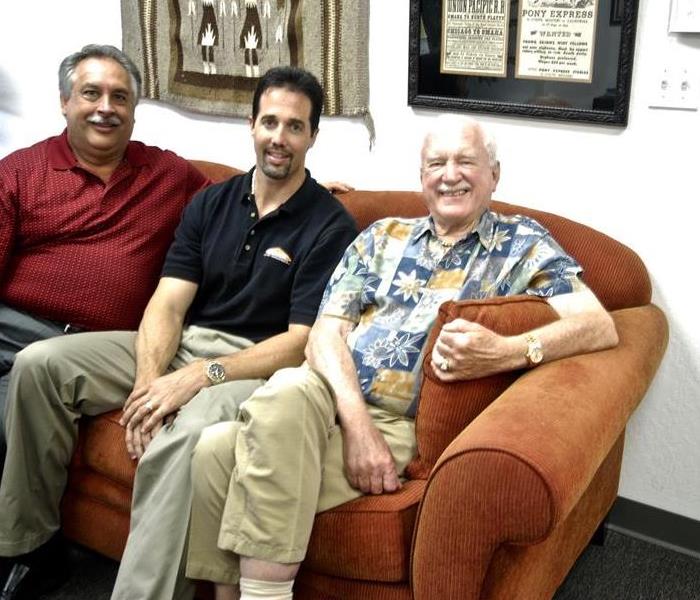 The idea of starting SERVPRO came to Ted and Doris Isaacson in 1966 while they owned and operated a Stockton cleaning franchise that was part of different franchise system. Ted and Doris and their three children, Sue, Randall and Richard lived in Stockton. The idea gave way to action.

In 1967 Ted and Doris founded SERVPRO Industries in the Sacramento area, so they would not be in violation of the no-compete clause with the former franchisor. Two years later, in 1969 Ted sold his first franchise. By the year 2,000 the SERVPRO family of independently owned and operated franchises reached 1,000 locations. In 2017 the number of operators in the United States and Canada reached 1,700. SERVPRO continues to grow and earn high rankings and positive reviews within the franchise community to this day.

In 2010 Clayton Barry and Roy Drake purchased an operating license to become SERVPRO of Stockton. Ted Isaacson met with Clayton and Roy to help pave the way for this business opportunity.

Ted told great stories about his family and their time in Stockton. Today, his children, Sue, Randy and Rick Isaacson are the chief executives of SERVPRO Industries located in Galatin, Tennessee.

Sadly, Ted Isaacson passed away January 20, 2017 at age 84. Clayton and Roy are pleased to have gotten to know him. They are proud to do their part to carry out his legacy, here in the City of Stockton.