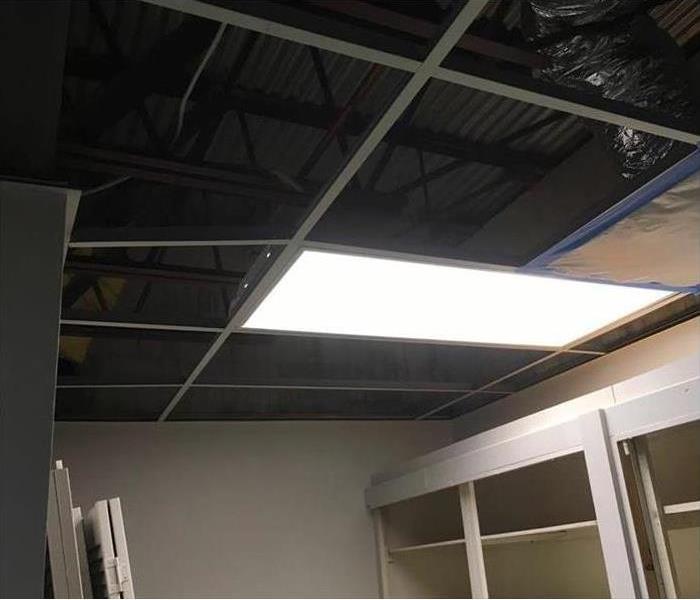 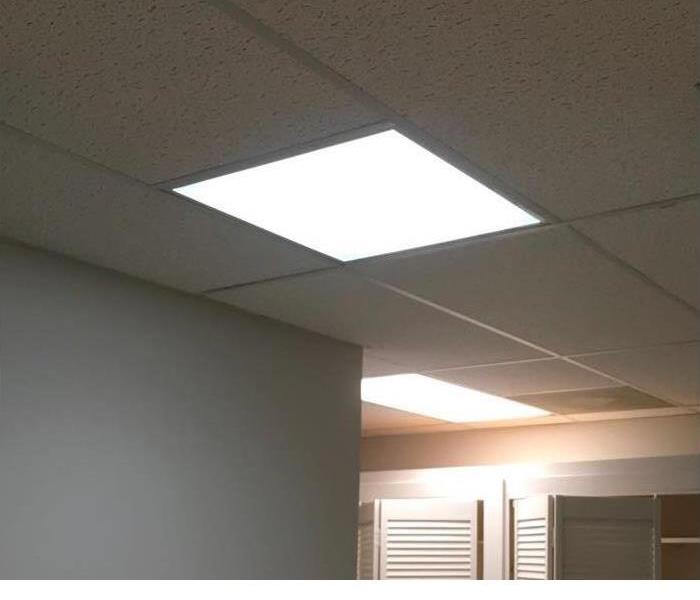 When an elevated water supply line broke above a suspended ceiling it sent hundreds of gallons of water into the ceiling tiles. The tiles became saturated with water causing them to warp and sag, and some fell from the mounts onto the floor below. Other ceiling tiles became so laden and heavy with water that they twisted some of the aluminum frames. The ceilings in the office were a mess. Our crew arrived to extract the water, remove the soggy tiles and then repair the ceiling. Portions of the suspension/hanging frame had to be replaced, then brand new ceiling tiles were installed. We had this project completed in one day with very little disruption to the office employees.

View More Before & After Photos